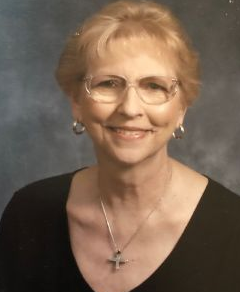 She was a homemaker until her children were in school. She worked when she could as she and Henry moved from Garland, Tx to San Jose, Ca to Nashville, Tn to New Orleans, La to Atlanta, Ga to Houston, Tx to Austin, Tx and then back to Greenville pre-retirement. The job where she had the most fun was at station WSM in Nashville, Tn where she worked on Sunday afternoons taping shows with many of the famous country and western singers of the mid-60’s.  She went back to school and earned her Associate Degree in Science from DeKalb Community College in 1973, obtained her certification as a Registered Nurse for the state of Georgia in 1974.  She obtained her Bachelor of Science in Nursing from the University of Texas Health Science Center at Houston in 1981.

Paula’s service as a Registered Nurse was initially in the area of the elderly and the physically and mentally challenged.  Her career was devoted to helping those who could not help themselves.  She worked at the Emory hospital in Atlanta, Ga and then at the Richmond State School in Texas until she went to work for the Texas Department of Health as the RN for a team of Long-Term Care Investigators.  Upon her retirement in Greenville, she became a volunteer for the St Paul’s School, Raffa Clinic, FISH Ministries as well as the Hands of Compassion.

Paula accepted Jesus Christ as her Savior as a young teen growing up in First Baptist Church in Greenville.  However, she became a faithful member of the Episcopal Church in New Orleans in 1965 and served her church family in each community in which she lived thereafter.  She was a current member of St Paul’s Episcopal Church in Greenville, Tx where she served in various lay areas of ministry.  She loved being a member of the Daughters of the King and cherished those that were with her.  A long time colleague said recently that “Paula had the respect and admiration of anyone who had the privilege of knowing her.”

Paula was preceded in death by her parents, her sister Shirley Boose McCollam and her ex-husband, Henry Ray Backus.  She is survived by daughters Leslie Killgore and husband Phillip of Greenville and Brenda Parsell and husband Mike of Sugar Hill, Ga.  as well as grandchildren Ethan Killgore of Dallas, Will Rush and wife Johna of Folkston, Ga, Joseph Killgore and wife Christina of Greenville and Guy Rush of Dawsonville, Ga AND her precious great-grandchildren (who she loved the most) Bing Rush, Eli, Lincoln and Carter Killgore plus Baby Kate Killgore due in July.  She is also survived by her brother John Boose and wife, Debbie, brother in law David M. McCollam and nephew David B. McCollam as well as several cousins.

There will be an abbreviated visitation on Tuesday, March 24, 2020 from 6-8 p.m. at Coker Mathews Funeral Home in Greenville.  It is requested that the size of the gathering is limited at the visitation due to concerns regarding the current health crisis.  Feel free to come and pay your respects but limit your contact with others as per recommended guidelines from the CDC. The funeral service will be private with immediate family only and graveside at Memoryland on Wednesday, March 25, 2020 under the direction of Coker-Mathews Funeral Home with Dr. Matthew Beasley and Pastor Joe Ramsey officiating. 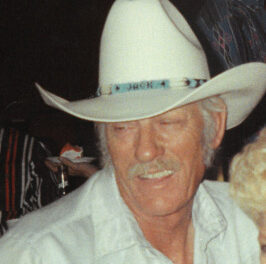 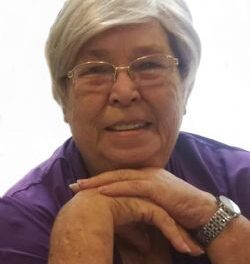