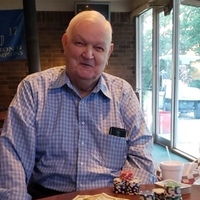 Don Edward Davis Sr., 79, of Campbell, passed away Friday morning March 27, 2020. He was born in Sherman, Texas on June 28, 1940, the son of Goldie Richard Davis and Josephine Lynette Kyle Davis. He married Carolyn Mae Dolph on January 29, 1960 in Texarkana, Texas.

Our Dad has finally gone to be with our Mom. He’s wanted that since the day she left. For those of you who knew our Dad, you knew he was a character. You were either his “Baby Doll”, “Hello Darlin”, or you got a lecture from the Book of Don. He believed in God but had his own version of the Bible we lovingly called the “Book of Don”. For the love of Pete, don’t ever ask him a question you didn’t want an answer to, because, trust us, you would get the 100% Book of Don answer. Dad always thought he was John Wayne, but in truth, it was our Mom. Now Dad did some crazy things in his lifetime; like buzzing our Grandma’s house with an airplane that he really didn’t know how to fly. He hit a pole and knocked all the electricity out in Texarkana, and that’s only one of the mild stories we grew up with and survived. Our dad was never boring! In all his craziness, his sanity was our Mom. She was his strength. He let us know at the end, “I really died when Mom died.”

He always wished for his children to have a love like he and Mom had. They loved each other and their children more than anything in this world. Don Davis never met a stranger. There was never a rule he wouldn’t break, a line he wouldn’t cross, or a story he wouldn’t embellish. Dad would give his last dollar to anyone that needed it. Even though his mouth ran away with him sometimes, he truly had a heart of gold behind all that toughness. If he loved ya, he told ya. If he didn’t love ya, he told ya. One thing he always told us kids growing up was to “look people in the eye when you talk to them; when you do things in life, be able to own it, apologize for it, or be able to back it up.” Dad and Mom had 6 kids to raise and wanted us to grow up and become good people. But he also didn’t want us to be taken advantage of because we had good hearts. He wanted us to be tough. Thanks to him, we were. We love our Daddy in all his craziness, it’s what made him who he was. We are all terribly sad to lose him the way he chose to go out. But if this old world and the pain he had can get the best of him, it can happen to anyone. If you are down, depressed or hurting, reach out to someone, these days the world is crazy. God loves you and so do we. My Dad loved everyone and wanted you all to know that he loved God, his family, his caretakers, his poker buddies, his Doctors, the folks that waited on him at the stores…I mean he loved everyone. Tell people you love them, you may not get another chance. Your breaks over Mom, here he comes!!

In lieu of flowers, the family request that donations be made to the Wounded Warrior Project.org.

Due to the Covid-19 crisis, a memorial service will be held at a later date. 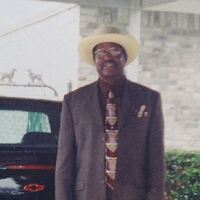 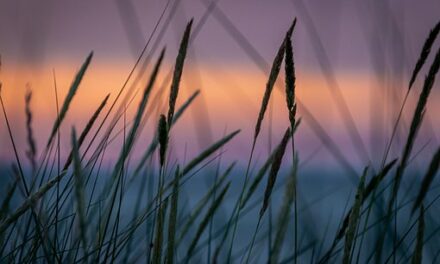 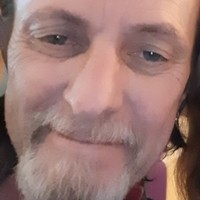